I'm finally taking time to blog about my work again. The holiday season was super busy, mostly with this book. Please visit me on Instagram for more frequent posts.
My illustration has usually been geared to a younger audience, but in November I was asked to illustrate a middle grade novel, for One Elm, a new division of Red Chair Press.  It's 121 pages with 17 interior illustrations in black and white.
I've had experience drawing pre-teen girls, for the Period Book and a few others for Bloomsbury.  So illustrating for the 9-13 age group seemed like visiting old friends, except with bikes, boogers and frogs this time, and bunnies to even it all out!  Boys can't be entirely gross, after all. It's a story about how difficult it is for a fourth grade boy named Roosevelt to be good no matter how hard he tries, and ultimately, the lessons he learns about the value of friendship.
The first step was to create some character sketches, based on their personalities and emotional tenor in the manuscript and a bit of direction ( Roosevelt is white and has glasses, for example).

The art director suggested that Spaghetti Eddie could look like Eddie Haskell from Leave it to Beaver. Sounded good to me. I tried to keep him from looking older than the other kids, though.

I did a couple of  tiny thumbnail sketches for the cover.

They chose the second one.  So I went to final art, first as black and white.


Here are a few of the interior illustrations: 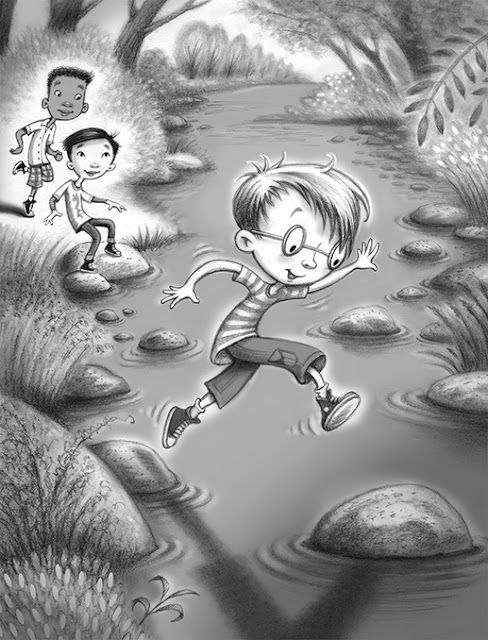 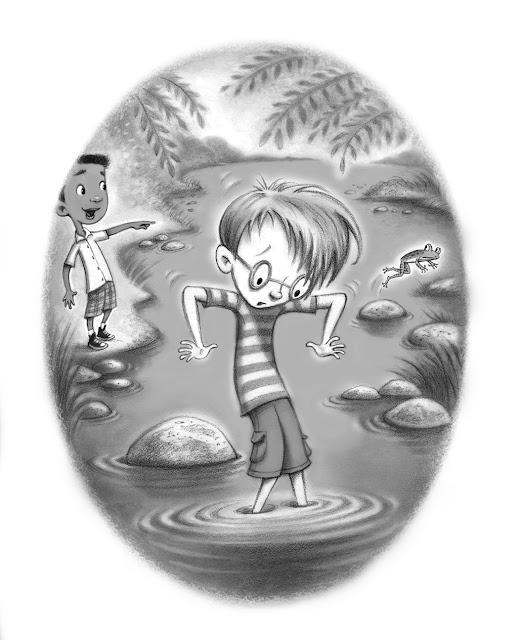 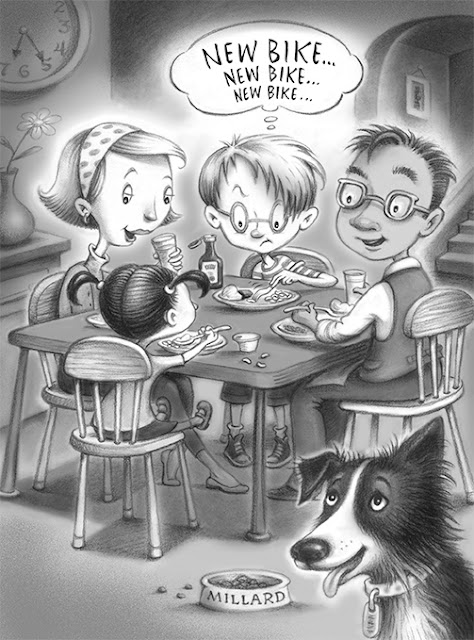 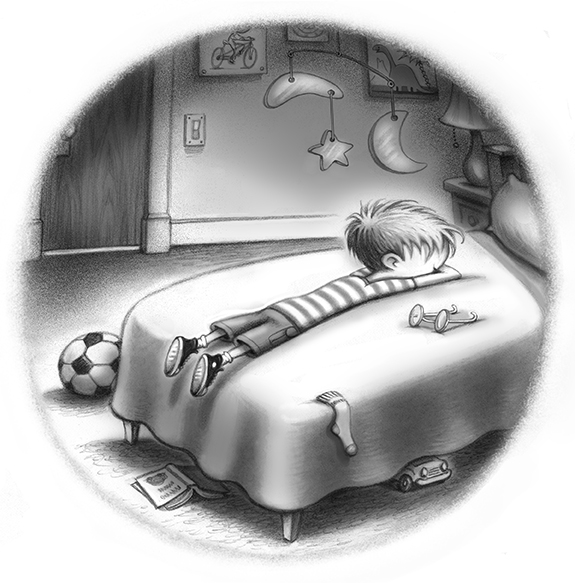 That's all for now until the book release!
Thanks for visiting!
at 5:53 AM