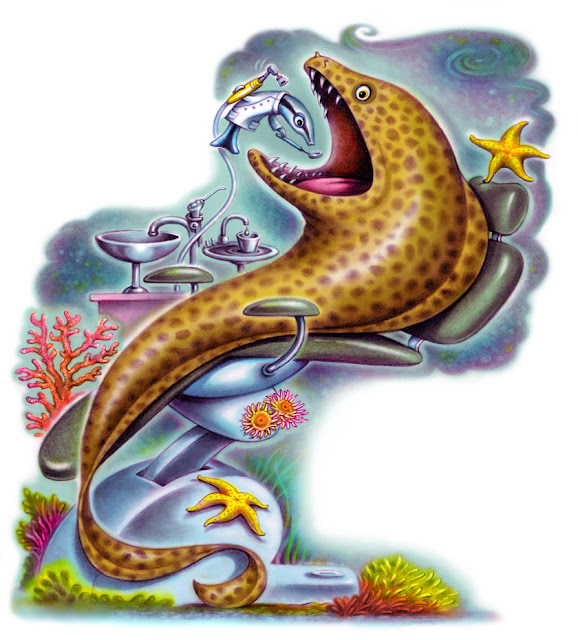 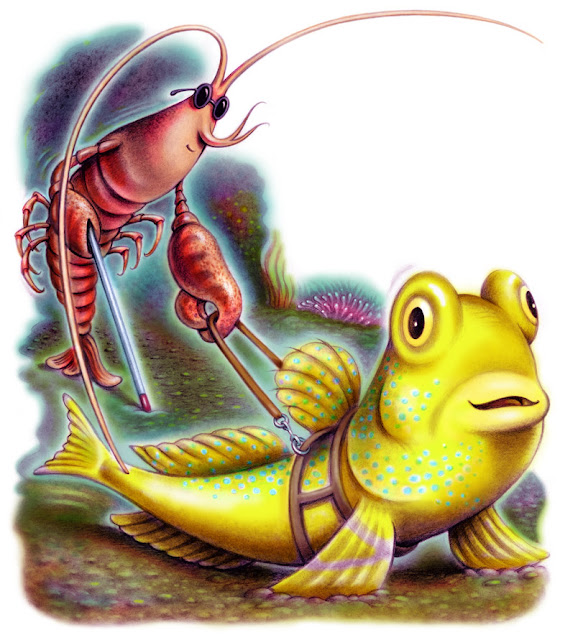 An eel that lets a cleaner wrasse clean its teeth, a blind pIstol shrimp that teams up with a goby for its "seeing-eye dog" ... I  never realized that fish had these symbiotic interrelationships.   It was great fun creating these characters for Ranger Rick magazine.

These two are an example of Mutualism, when both species involved benefit from the relationship.The wrasse gets its food from the eel's teeth, the goby gets a burrow that the shrimp digs out.

Oh... and see that shrimp's claw? It can paralyze its prey with a supersonic bubble blast that reaches the temperature of the sun. "Really?" you say....Check out this video.

And the dentists of the deep will also gladly service your mouth if you've forgotten to brush and floss before your dive. 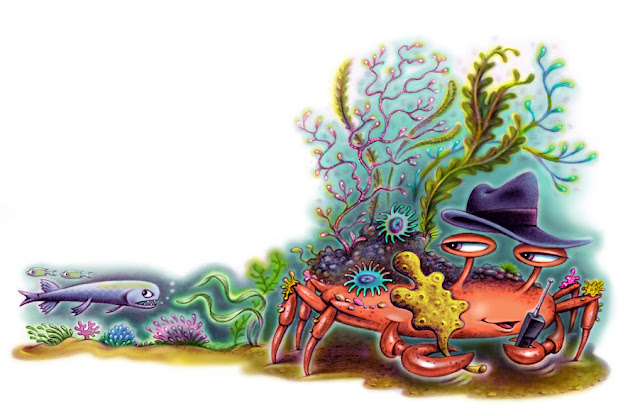 A decorator crab uses bits and pieces of shells, plants and debris to disguise itself as a defense against predators. 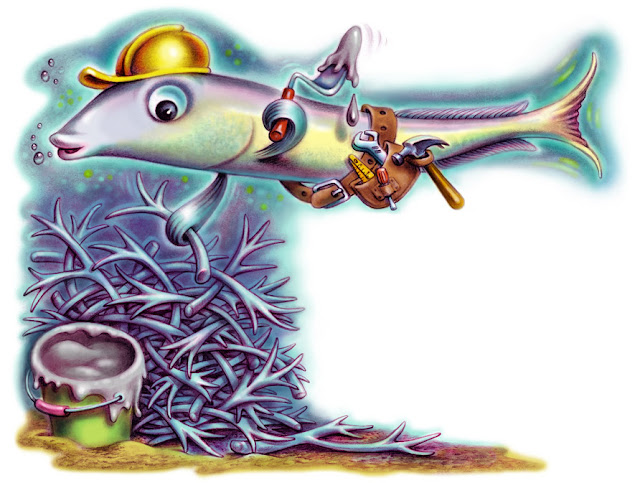 A tilefish builds walls out of staghorn coral. 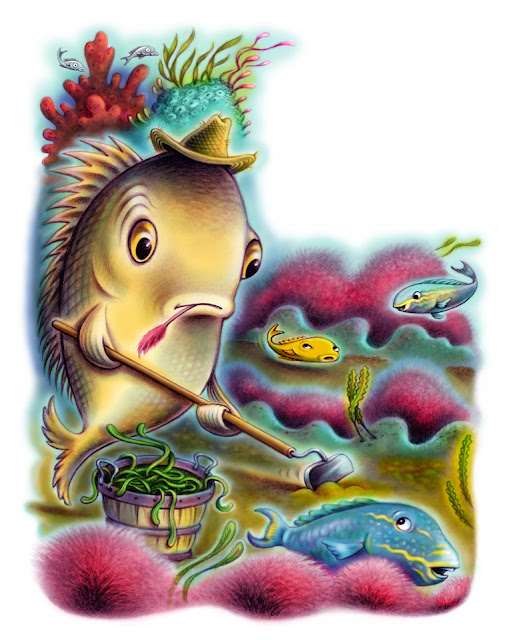 A damselfish tends its favorite crop of algae while weeding out the less tasty variety
and giving the stink eye to a parrotfish.

These guys make me feel lazy. Back to work now!
And good luck to everyone who is bracing against Hurricane Sandy! 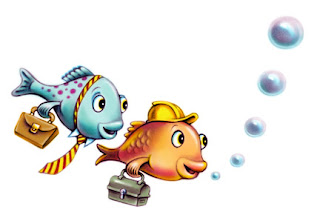