NO Peeking... well maybe just at the gift tags.

I just finished these new gift tag designs for a holiday promo.  Everyone ends up regrettably using generic tags, or cutting up old ugly greeting cards after  those run out, so giving a gift of artists' gift tags seems like a pretty good idea.  I won't be able to use the back designs this time after all, because I didn't realize at the time the backs cannot be variable. But maybe they will make good fronts too.
The kids are from a Ranger Rick assignment , and the moon and owl from The Sunrise Band.
Small ( they will be printed much smaller than shown here), but as they say... good things come that way.
I'm wishing Peace, a Happy Thanksgiving and a Happy Tofurkey Day to all.
at 4:32 PM 0 comments 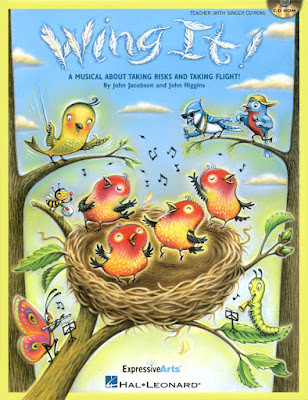 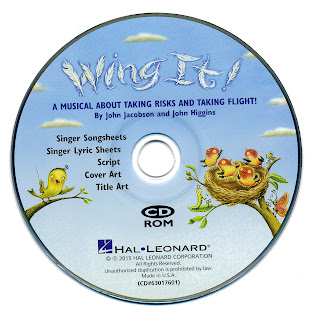 It was great to get a sample of this musical for kids.
The play features four baby birds: Orville, Wilbur, Amelia, and Harriet (all famous aviators). "Winging It" is about taking smart risks and leaving the nest with the support system of family and friends. If you're an educator looking for a musical review for your fledgling songbirds, you couldn't do better than this one.
Seeing my birdies on the CD rom was an extra tweet - I mean treat!  I'll have to get the additional Preview CD too with vocals and dialog for the full effect. Produced by Hal Leonard Corporation.
at 2:26 PM 0 comments 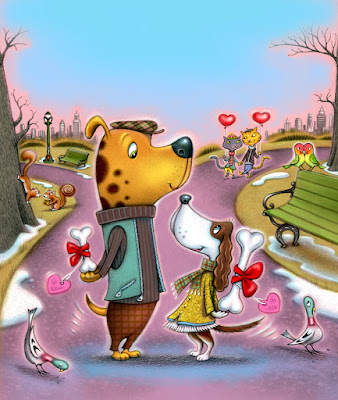 A few weeks ago I was asked to illustrate another Hidden Pictures cover for a special newsstand edition. A few of these are really challenging.  Even some of my big kid friends were stumped trying to find all of the following:  a saltshaker, a ladder, a hairbrush, a spool of thread, a lime, an artist's brush, a cinnamon bun, and a horseshoe.
The art director suggested the contrast of big and little, and I love that dynamic.  Love.
Did I say this as a Valentine's issue? Yes, it's the day after Halloween and Christmas is over already.

I concentrated some on the strolling kitties a bit while sketching.  I thought a question mark hidden in her tail would be fun but it turned out the editors were not too fond of that idea. But they loved the rest of it. 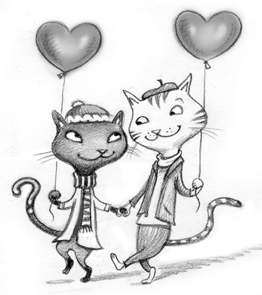 Did I say love?
On the heels of this one I was asked to contribute again to Ranger Rick magazine with a spot  regarding the mating and dating habits of albatrosses.  The color palette turned out to be very similar, which I think shows how one piece can influence the next, even though it happens subconsciously. Or maybe it is because the theme of Love just demands pink.
I collaged a photo of the Eiffel tower in, initially because the one I drew was looking wobbly and inadequate. After I did I was pleasantly surprised with the juxtaposition of elements and the blend of cartoon and photo. Bon Voyage! 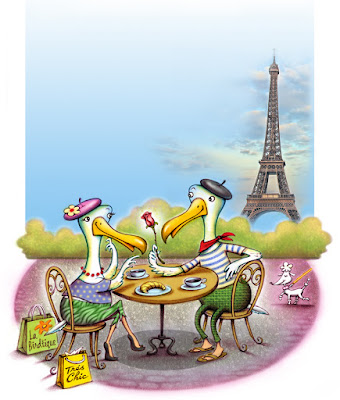