One of my recent assignments was this four pager for Ranger Rick magazine,  some of my favorite people to work with, on bird flocking behavior.  I suggested  a few other titles:  “The Birdy Bunch”, and “Hangin’ with my Peeps”,  but they passed on both.  I could see a bird saying “Marcia, Marcia , Marcia!” or some home-birds perched on a stoop. No?  O.K., perhaps some other time. Here's the first spread: 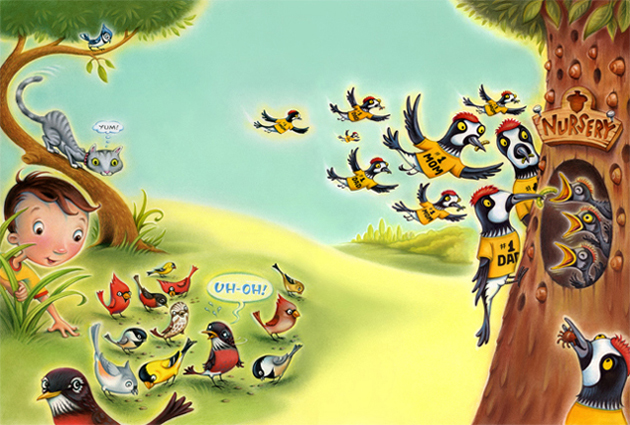 Birds of a feather flock together, but so do birds of several varieties. When a flock of birds is feeding; usually one bird  acts as a sentinel and will be the first to sense danger. When that one takes off;  the rest take their cue almost instantaneously.  Acorn woodpeckers have lots of Moms and Dads (and sisters and brothers) who help feed the kids. It’s like a bird commune.  I could have  put some Birkies on those bird feet… missed my chance. 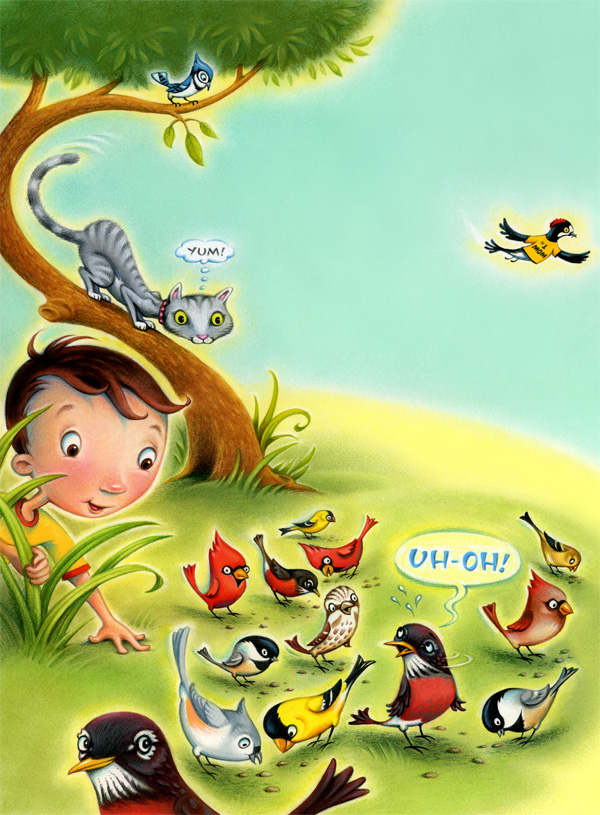 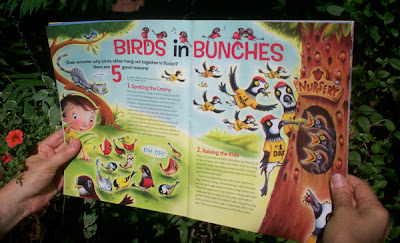 A great magazine to read indoors or outdoors.

Illustrations from the second spread: 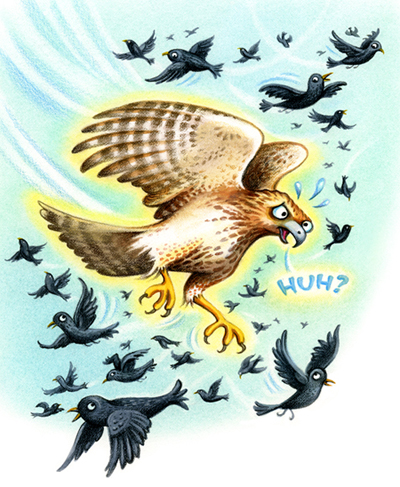 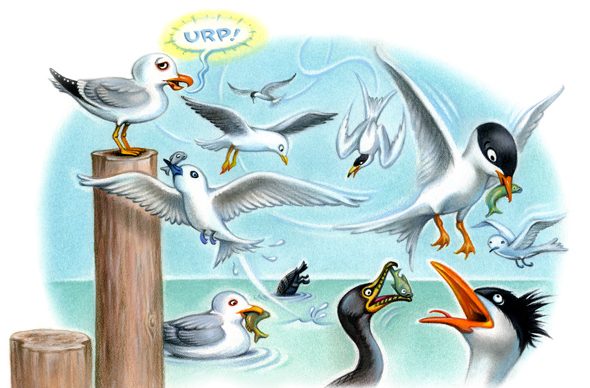 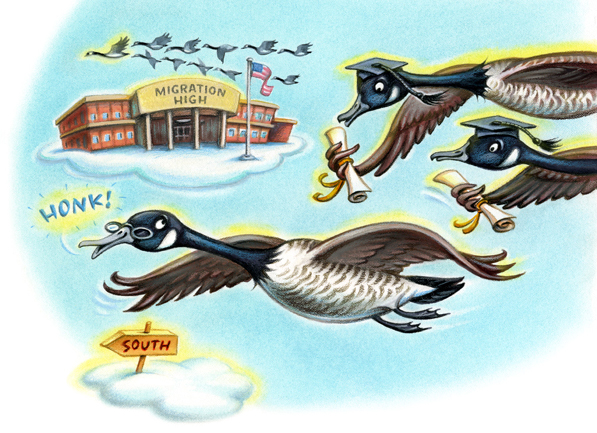 I found the coolest video while looking for reference. The most amazing thing I’ve ever seen birds do: a  massive flock behavior in starlings called murmuration. The shapes morph into one another like a 3-D mobius strip. Displaying strength in numbers, they are trying to distract a predator. They are also making art.  Similar to those rotating shoals of fish, it’s some kind of instinctual choreography.
The starlings’ displays are so complicated that they are being researched by physicists, aeronautical engineers, mathematicians and computer scientists, as well as biologists. Starling numbers are a fraction of what they used to be.  The decline is believed to be due to the loss of permanent pastures, the use of pesticides and a shortage of food and nesting sites.